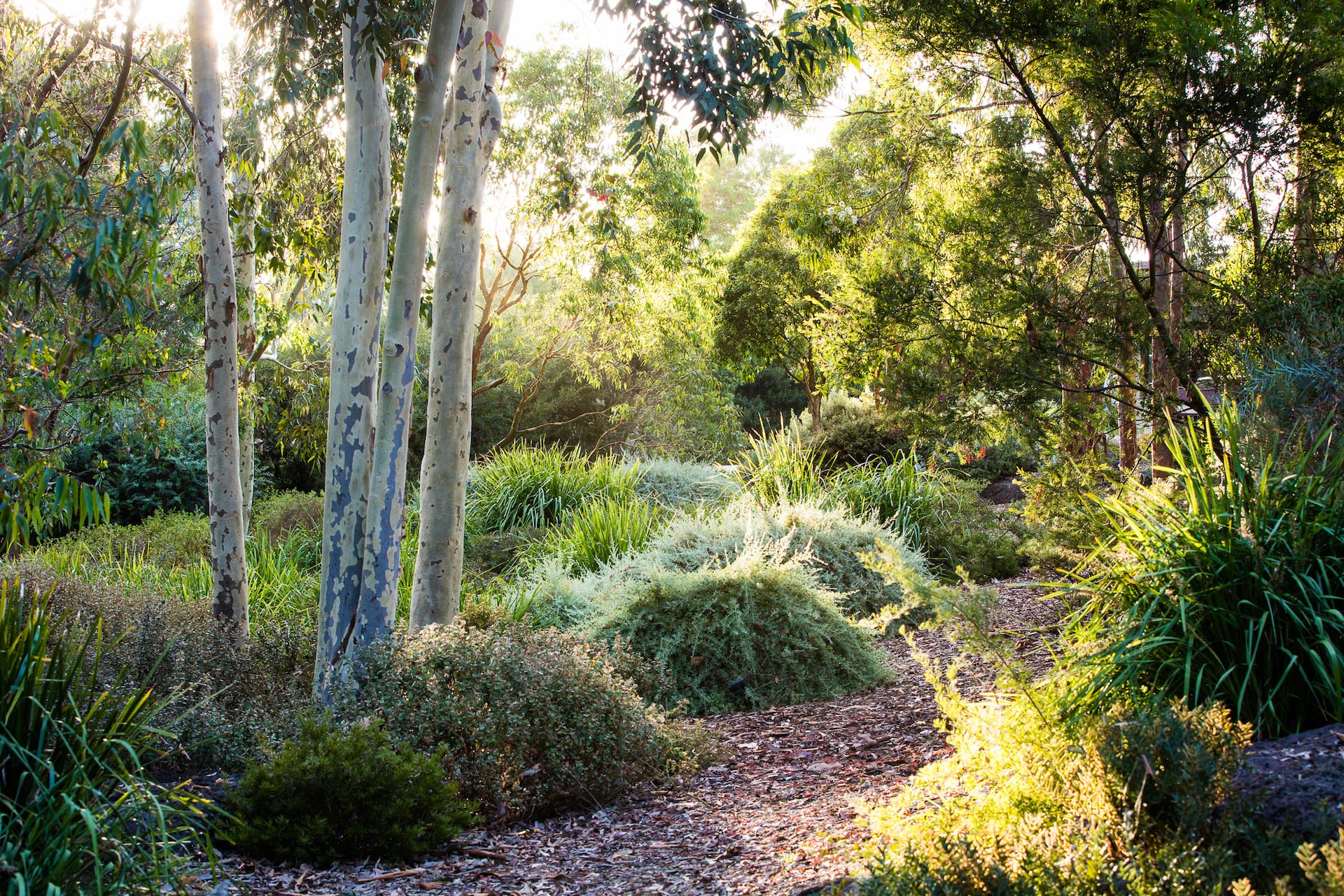 This six-acre garden was one of Sam’s first projects when he began his practice in 1999. The brief for the new design was to incorporate the large stand of remnant Eucalyptus camaldulensis that shade three billabongs in the front of the property. Sam created elevations with basalt boulder outcrops using soft curving lines. Generous sized moundings were shaped and planted densely to create layers of contrasting foliage; Acacia, Banksia, Grevillea and Rhagodia species were used extensively and selected as appropriate for a region with low rainfall. A wine cellar was built into an embankment to merge seamlessly with the basalt outcropping. Castlemaine slate paving was used around the house and for outdoor living areas providing soft transition between house and garden. Red Gums has opened to the public several times over the years with both Australian and Victorian Open Garden Schemes. 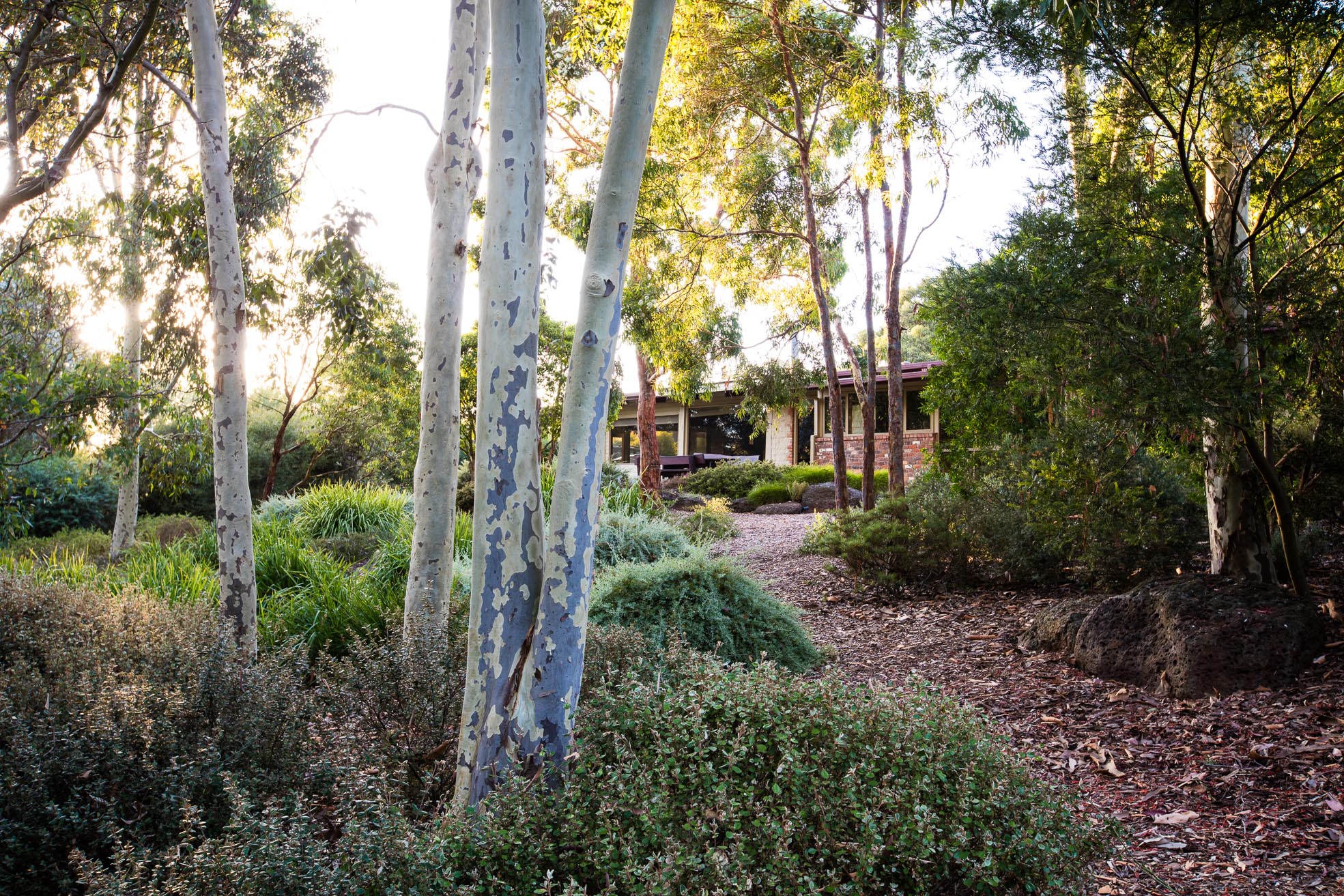 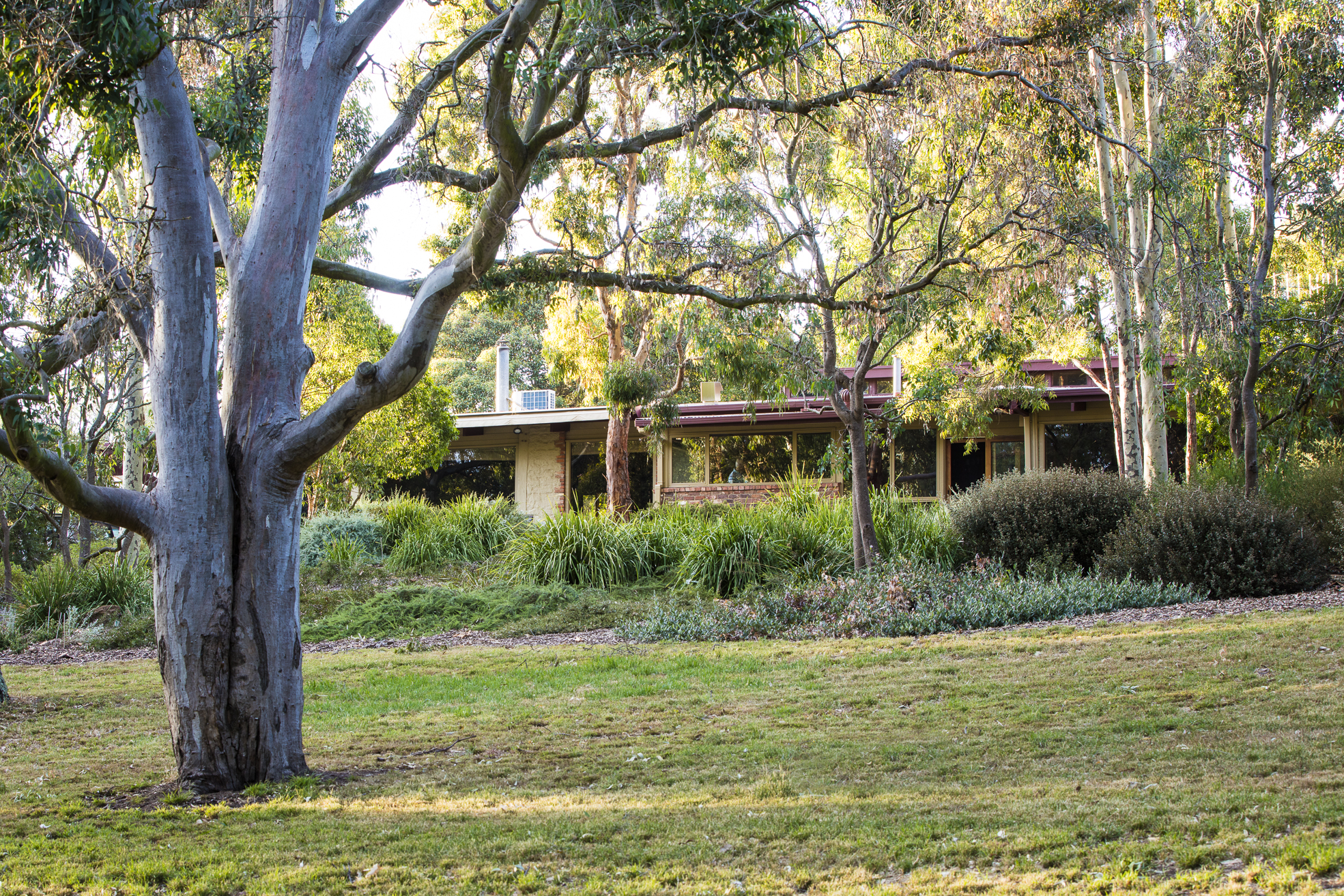 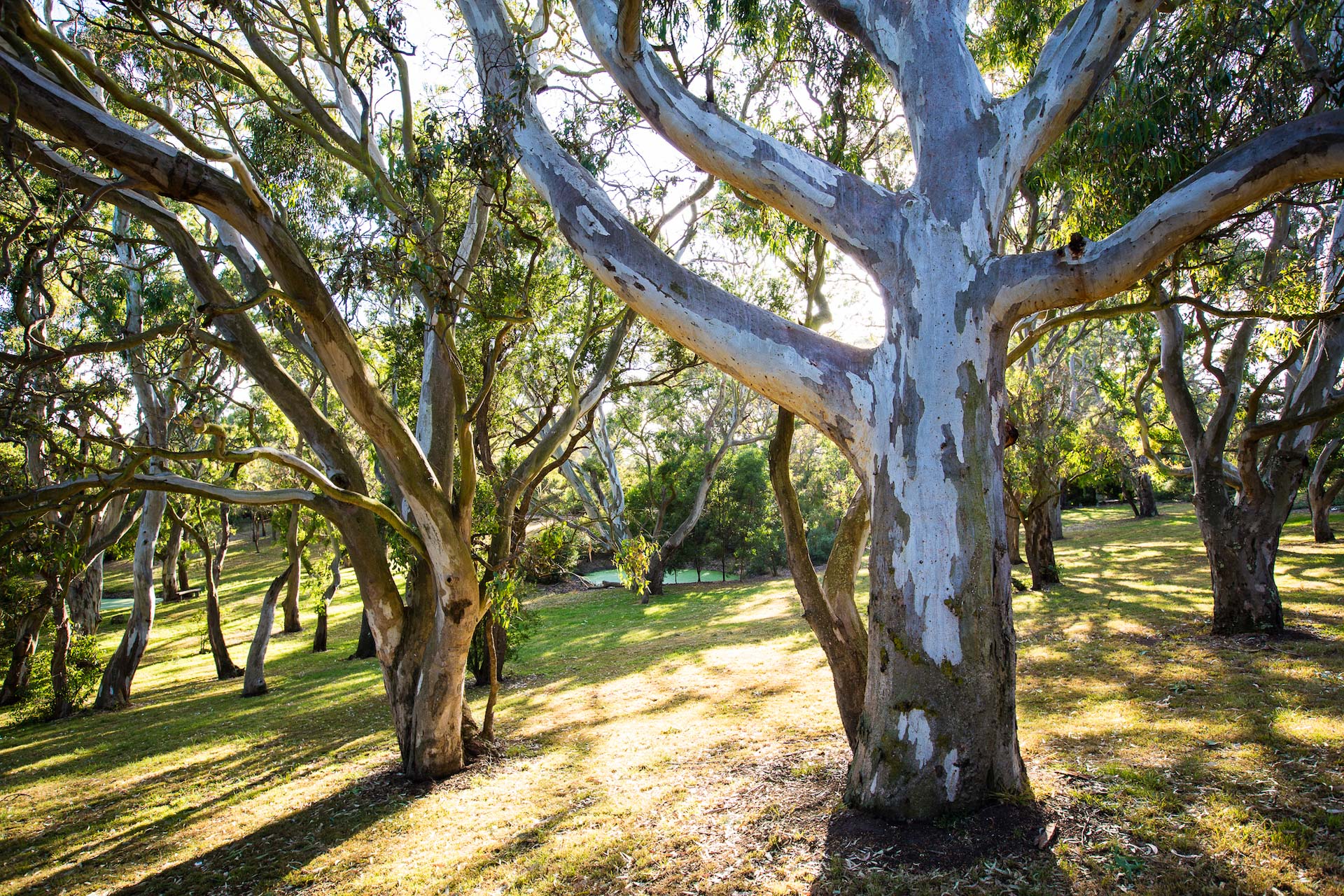 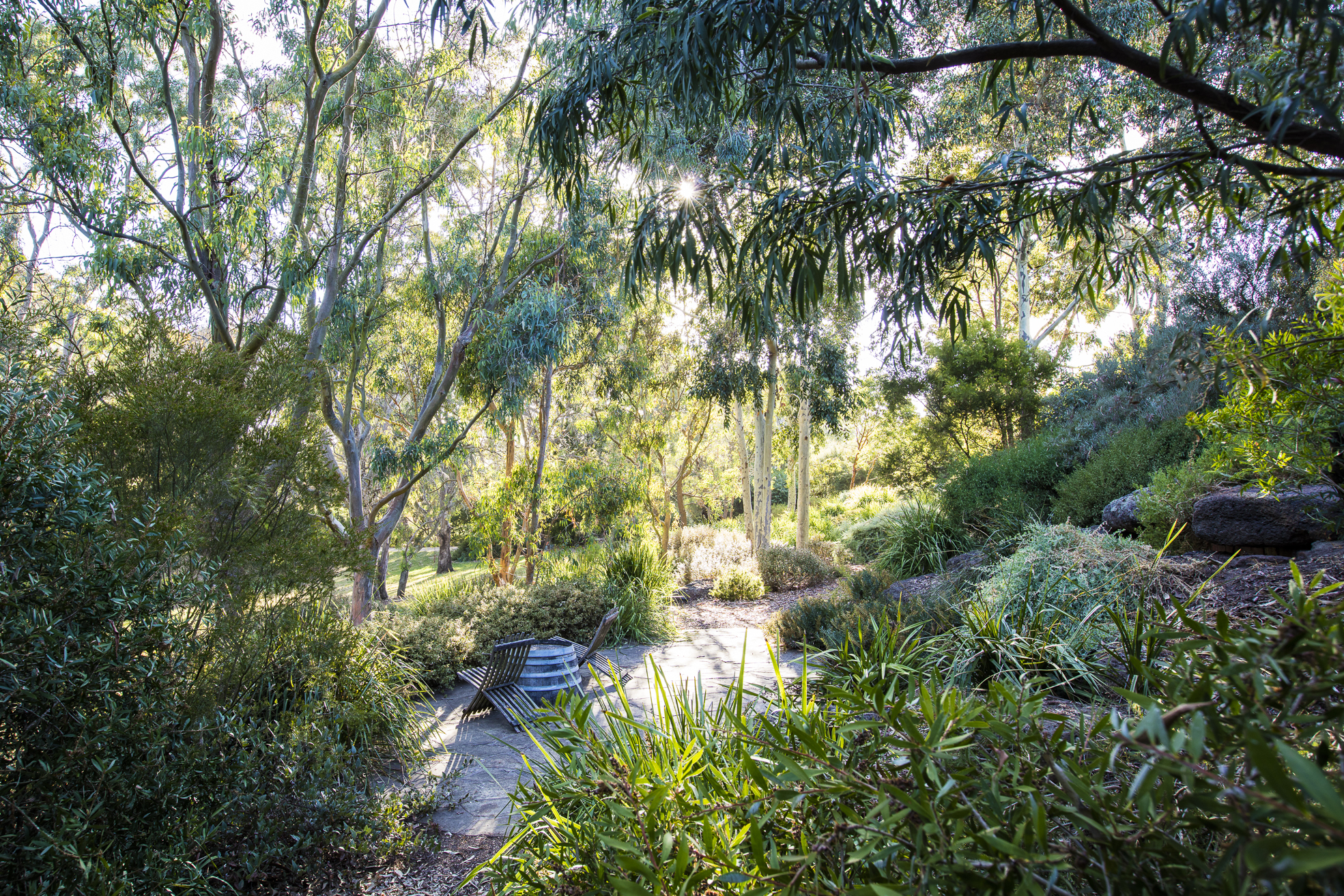 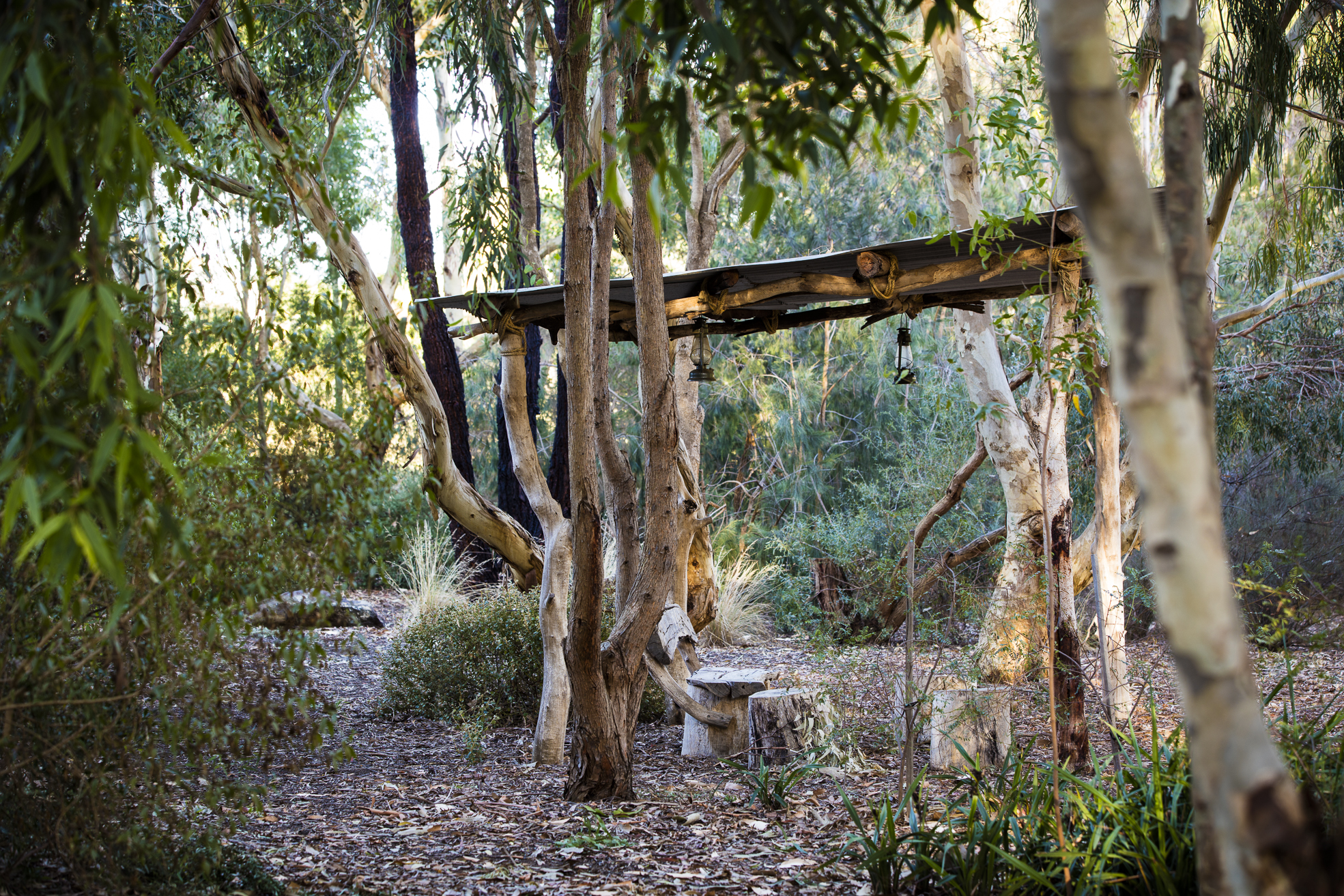